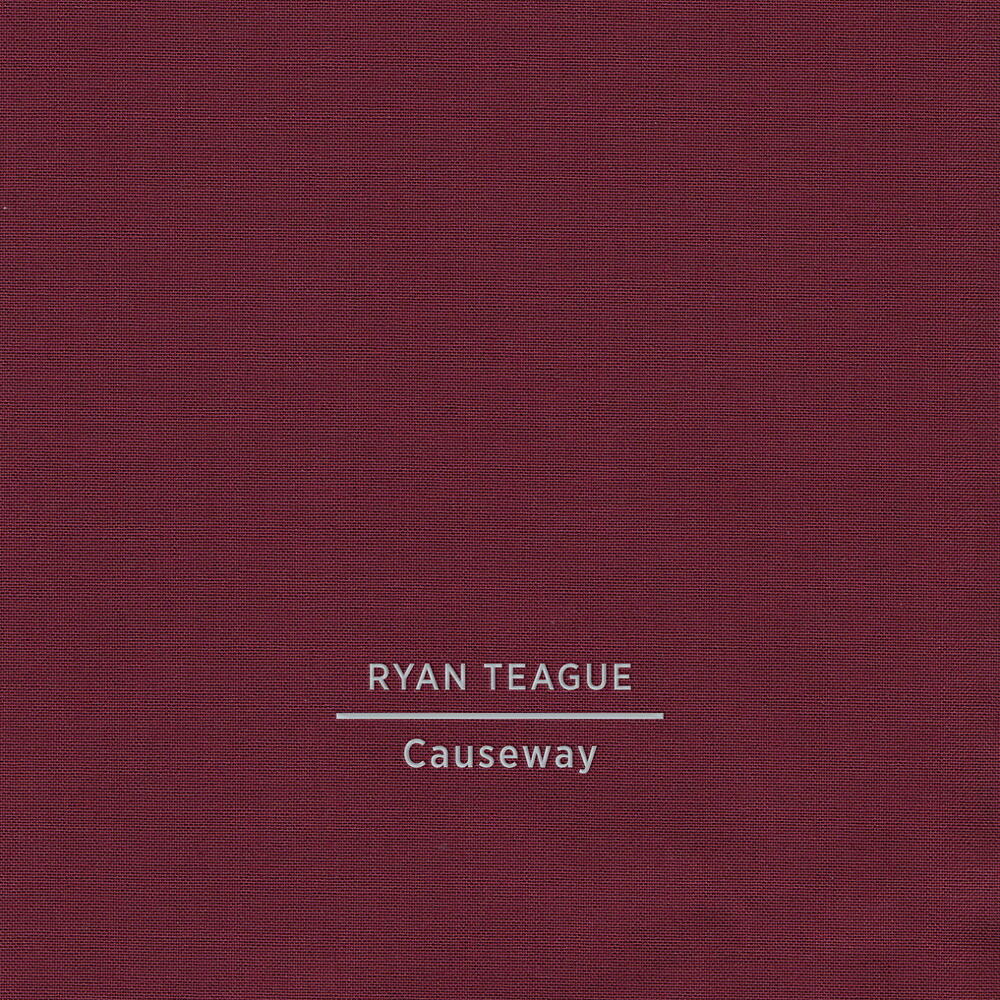 ‘Causeway’ is the long-awaited follow up to Ryan Teague’s acclaimed and hugely ambitious Type Records debut album ‘Coins & Crosses’. In the five years that have passed since then, the Cambridge-based composer has been busy in the studio writing, producing and refining his craft, and while many of these productions ended up attached to films and television work, this process is exactly what lit the touch paper for ‘Causeway’. You see while Teague’s studio expertise is still present on this sophomore full-length; the electronic flourishes that dominated his previous work are all but gone. The over reliance on technology he felt as he worked on countless all-electronic productions led Teague to pick up his guitar once more and work on a record that is possibly just as complex, but purer and far more raw than its predecessor.

It would be a mistake to think of ‘Causeway’ as simply a solo guitar record, and while Teague’s graceful finger picking is the central focus, his phrases are looped and layered to create veritable symphonies of harmonic sound. Comparisons could no doubt be drawn to Steve Reich, especially in Teague’s careful phrasing, but ‘Causeway’ manages to stand on its own with a surprising ease. It is not that there is a lack of all-acoustic guitar records about at the moment, but the way Teague ducks and dives in-between folk, classical and experimental modes is mystifying and incredibly enjoyable. At times Peter Broderick’s delicate homespun songwriting springs to mind, or Keith Kenniff’s singular piano work, but ‘Causeway’ manages to be all of this and much more. Teague’s songs are familiar and warming, yet shrouded with enough magic to keep you coming back again and again. The sparkle of strings, the distant voices, and that gorgeous humming low end will draw you in like little else this year. Who knew that a guitar could sound so orchestral?